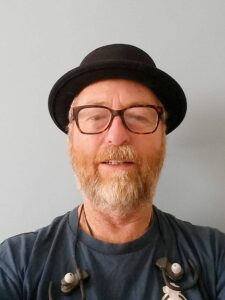 Colin graduated in law from Monash University in Melbourne, Australia in 1976. Since then, he has been active in the emerging field of IP management and maximizing value from intangible property.
In 1979, he moved to London where he worked in the collectables company, Stanley Gibbons – the world’s oldest philatelic trading house. Then he was engaged to work in the international copyright division of Chappell Intersong, (now Warner Chappell) where he was part of a team developing one of the world’s earliest relational-database platforms. This platform was intended to administer the company’s global catalogue of intangible but very valuable property i.e. music copyrights. It was a unique grounding in international copyright, as it applies to the entertainment business.

He returned to Australia in 1984 to become Corporate Counsel and Head of Legal & Business for Polygram Australia, (now Universal Music) where he was responsible for the group’s legal work. This involved negotiating and writing recording agreements, catalogue licenses, attending to the group’s trademarks, and overseeing litigation. He was part of the team who created the first co-venture with ABC Enterprises for the ABC’s recordings and videos.

He was Executive Manager for the Hunter Angels through 2018, assisting both venture promoters and potential investors who have an interest in being involved with “start-ups”, but who need assistance in evaluating business proposals, and he remains passionate about contributing to Newcastle’s emergence as an evolved post-carbon economy.

In his spare time, he searches the extreme ends of Spotify, reads extensively on human cognition and language, English Constitutional history, physics and macroeconomics and media theory. He does not Facebook. We are proud to have him as such a critical part of the Ordior team.

This may be a good place to introduce yourself and your site or include some credits.